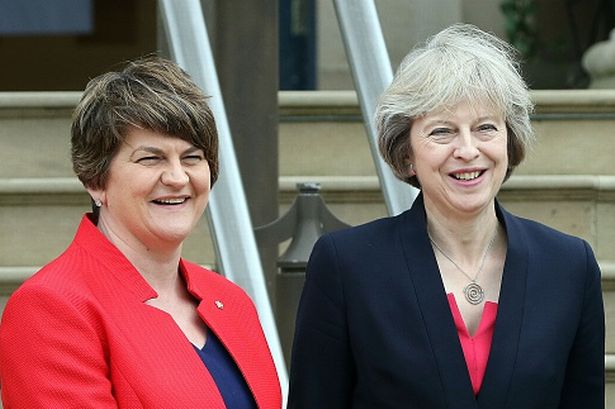 On election night on every channel, everyone was discussing the Conservative polling figures over the campaign and the rise of Labour. Politicos were uninterested in policy, while the focus on whether Theresa May or Jeremy Corbyn would be a better leader was ultimately superficial. And when you’re looking for a massive majority, if nobody is discussing your policies, your agenda, or your hopes for the country, then you should begin to be concerned. And the exit poll delivered.

The Conservatives have done very poorly – the expectation two months ago of a landslide victory with a hundred-seats-plus majority is very different to DUP-backed Conservative government we have now. The Labour Party meanwhile is still dozens of seats off of threatening even a coalition government. Nobody is even nearly in a position of claiming to have won the election.

Labour did not win for the obvious reason that the point of an election is to form a government. Corbyn did not and cannot. No talk of ‘cementing the revolution’ or ‘a new kind of politics’ will change the fact that the next government will be Conservative, not socialist.

Theresa May is not the campaigner Jeremy Corbyn is. Unsurprisingly, the woman who became Prime Minister when her opponents conceded before the campaign skirmishes began lost to the battle-hardened veteran campaigner. But the degree of how much worse May’s campaign shocked even the most pessimistic politico.

While Theresa May did occasionally talk about the importance of needing a strong negotiating hand for Brexit, apart from that the campaign was flaccid, unmemorable, and in the early days impeded by a self-destructive manifesto.

The reason why May’s campaign was worse can be summed up in a single word: vision. Corbyn’s vision for Britain (for all its many, many faults) was clear, striking, and at its core visionary. It is easy to rally a campaign around the story he was selling: Theresa May’s hopes of Britain were incomprehensible.

Instead of fighting hard a campaign setting out the Conservative stall on shoring up the economy and protecting the country from terror, we were complacent. Now, all the troubles of the past government will be intensified over the next one. Jeremy Corbyn will not back down between elections and will continually push for another chance to take control of the country – and the SNP or the Lib Dems will support the chance to win more seats in another election.

We live in an age where political polls and predictions are almost asking to be proven wrong. That said, the current Conservative party has lost its reason to be. It was evident in the campaign and the results of this election. The party will need to rediscover what they stand for before the next election to have any chance of winning and avoid a repeat of this disaster.